Lots and lots of people smoke cannabis either for getting fun or they are addicted to this herb. But it is always said that vaping cannabis is somewhat better than smoking. Vaping cannabis can be a little bit expensive than traditional bongs or pipes, but the benefits that you can achieve by vaping outcast the expenditure. 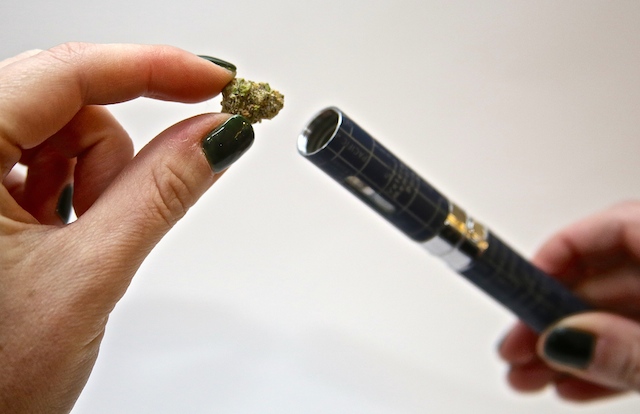 In fact, cannabis vaporizer is even recommended by the doctors as well. There has to have some strong reasons behind that. So let us have a look at the benefits of vaporizing cannabis instead of smoking.

The Benefits of Vaping Cannabis:

There are a number of benefits of vaping cannabis instead of smoking and below are listed a few of them:

It is Better for Your Lungs:

Marijuana or cannabis is not at all bad for you in any case, as indicated by the doctors. But smoking this herb, like any other is bad for poor lungs. Burning marijuana release carcinogens and inhaling them is extremely harmful for the lungs. Instead, if you vaporize cannabis, all the harmful byproducts of combustion are eliminated leaving good vapors. Vaping marijuana takes the cannabis at its boiling point and give you the same effect of THC without burning. Vaping cannabis does not produce lung cancer or chronic bronchitis, which is a result of smoking marijuana.

Smoking of cannabis produces carcinogens and ashes which makes the environment filthy and you also have to regularly clean your bongs and bowls for any left residue. However, in the case of vaping, you barely have to clean cannabis vaporizer as the herb or oil is just heated to produce fumes without leaving any residue and hence it is cleaner for the environment and for the containers as well.

It is Safer for the Environment:

Smoking cannabis leaves an irritating lingering smell in the environment which makes the surrounding people uncomfortable. Moreover, the carcinogens in the scent of the burnt cannabis is also harmful for the environment and the people around. Vaping, on the other hand, does not produce dense irritating smoke and does not contain carcinogens, hence a better choice over smoking.

It is Cost Efficient:

Vaping is cost efficient in a sense that it heats up the cannabis producing fumes which keeps the herb lasts longer than smoking. Even if you put smaller amounts of herb in the vaporizer, you can get much longer effect.